(Everything you want to know about the T-C T is able to be accessed by clicking the bars at the top of this page. Details on other relevant aspects of the T-C T… those covered by the other QR code sticker… are here or to be found by clicking on the page with 1 dot.)

Testers (users) of the T-C T at this time, in the context of being Study Participants

At this time, in light of circumstances given in various pages on this site here and here, Know That would-be users/buyers of the Tri-Color Triangle ™, either standard or “Big T-C T” size, who are not members of a Plain Community (who additionally have their own legal standing and circumstances) are acknowledging that they are willing to be participating in a Practical, Real-World Testing of the T-C T as part of a study by Safety Psychographics, and only if they agree to participate in such a test and give feedback in a timely manner to Safety Psychographics can they buy or use on the roadways the T-C T ™.

This test is being conducted within a private, non-university, non-outside-funded study by an ASABE member (the developer and manufacturer of the T-C T) and is a test and study that has been forced upon us through lack of action and cooperation by the ASABE (details here.)

Somewhat similar to our existing Visibility and Awareness Survey by law enforcement that has been ongoing for some time now which tracks members of the Plain Community that have been displaying T-C Ts on their buggies and farm wagons in the Northern Indiana area, other non-Plain, would-be users/buyers of the T-C T must agree that they are committing themselves to assist in providing real-world feedback on what their experiences are when using the T-C Ts in live traffic situations in some of the numerous ways as listed below, plus other observations not covered here that are deemed useful and relevant.

Firstly, know that the T-C T has already been adjudged worthy enough by the ASABE to have been awarded one of their AE50 awards, given by a committee of engineers. In a perverse twist of circumstances, the T-C T is, for the time being in the U.S., at least, having to be offered under alternative circumstances, i.e., this testing/study status, for which we are quite grateful for your participation in. Just as some users of SMV emblems consider them to be strictly in the context of being legally-required… like a license plate… our users can consider the display of their T-C T ™ while in this temporary testing and study status to be akin to displaying a manufacturer plate on a prototype car being legally tested. 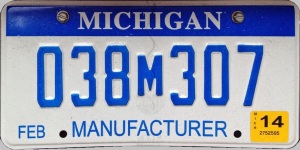 –You agree to give to Safety Psychographics your feedback and observations on the T-C T’s relative effectiveness and other use-relevant opinions, and the observations and opinions of others who have observed your T-C T in use in traffic who have had the opportunity to have told you about it later.

–Give such feedback to us via email at:

–Give details about the type of equipment that you have the T-C T mounted on, the height it is mounted at and even a picture of it in its location if you can. Give details on the atmospheric conditions, the time of day, the outdoors lighting conditions (daylight, dusk, night, etc.) and the specific traffic conditions (type of road, straightaway or curves, speed of traffic approaching from the rear, etc.)

–Keep track in as best a way that you can your observations of how motorists that follow you react to your equipment in traffic under the various types of circumstances that you find yourself in, that is, road types, road conditions, traffic conditions and the like. For example, Farmer Rich Zolvinski of Twin Maple Farms outside of LaPorte, Indiana, has been very satisfied during the planting season of 2018 with a BIG TCT ™ running on the back of his large cultivating disc as it travels many miles between Rich’s widely-separated fields across LaPorte and St. Joseph counties in Indiana. He reports that he notices at least half of the vehicles that are coming up behind him start slowing down sooner than before and then stay farther back. This type of feedback and/or anything else that you feel is relevant is going to be of equal or greater use in evaluating the real-world efficacy of the T-C T; something that a traditional university study would be hard-pressed to replicate or present in a realistic, meaningful way. Perhaps, even with the  unforeseen twists and turns of events that the T-C T has experienced since the AE50 award, this more meaningful real-world test and study may end up being a blessing in disguise.

So, just as your purchase or use of the T-C T constitutes agreement to abide by the conditions of the Limited Use License, you are also agreeing that your purchase/use of the T-C T is going to be under the auspices of and in the context of a study and test by Safety Psychographics; a test on the roadways in the real world, and that you will later give feedback and observations on it, both outright and, if applicable, in comparison with your prior experiences utilizing conventional 13 3/4″ high “legacy” SMV emblems.

Thank you for your participation in this study’s testing phase and for your future feedback. And thanks for your faith in an obvious advance in public roadway safety for both users and the other affected motorists.